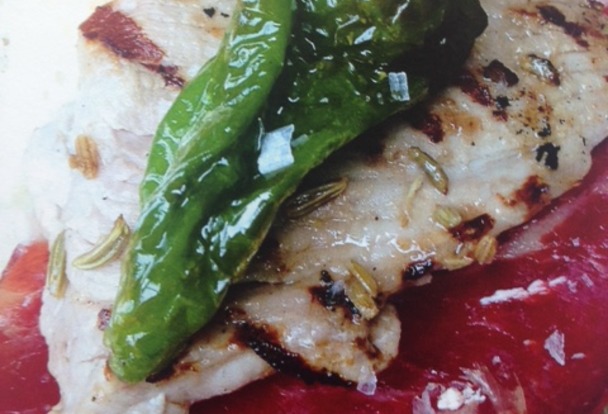 Come join us for an evening of Spanish classic comfort food, in a friendly atmosphere.

Soup made of raw vegetables and served cold,usually with a tomato base, originating in the southern Spanish region of Andalusia. Gazpacho has ancient roots. There are a number of theories of its origin, including as an Arab soup of bread, olive oil, water and garlic that arrived in Spain and Portugal with the Moors, or via the Romans with the addition of vinegar.Once in Spain, it became a part of Andalusian cuisine, particularly Córdoba and Seville, using stale bread, garlic, olive oil, salt, and vinegar, similar to ajoblanco. http://en.wikipedia.org/wiki/Gazpacho

Typical Spanish dish consisting of an egg omelette made with added potatoes and fried in vegetable oil. The Spanish tortilla (Tortilla de patatas in Spain) is the most common gastronomic specialty found throughout Spain. The first reference to the tortilla in Spanish is found in a Navarrese document. It is an anonymous "Mousehole's memorial" addressed to Navarra's Court in 1817. It explains the sparse conditions of the farmers in contrast with Pamplona's and the Ribera's inhabitants. After listing the sparse food eaten by highlanders, the next quote follows: "…two to three eggs in tortilla for 5 or 6 [people] as our women do know how to make it big and thick with less eggs, mixing potatoes, breadcrumbs or whatever." According to legend, during the siege of Bilbao, Carlist general Tomás de Zumalacárregui created the "tortilla de patatas" as an easy, fast and nutritious dish to satisfy the scarcities of the Carlist army. Although it remains unknown whether this is true, it appears the tortilla started to spread during the early Carlist wars. Another tale is that during the war, Zumalacárregui was in the field and happened upon a farmhouse and demanded a meal from the farmwife. All she had were a few eggs, a potato and an onion, so she combined all three, making an omelette. Surprisingly, Zumalacárregui was pleased and took the idea with him. http://en.wikipedia.org/wiki/Spanish_omelette

A serranito is a warm sandwich prepared in Andalusia, quite popular in Seville.[1] It is the Andalusian traditional cuisine version of fast food. The main ingredients are grilled meat (chicken or pork loin), cured ham, fried green pepper and sliced tomato. Other versions also include omelet, lettuce, cheese or fried bacon. It is served with french fries and frequently with sauces like mojo picón, mayonnaise or alioli. It is generally consumed at lunch or dinner, as a main dish after a snack of tapas. It is quite typical in fairs and verbenas. http://en.wikipedia.org/wiki/Serranito

Milk, sugar, cinnamon and lemon zest (some recipes use the lemon zest whole which is removed before plating, other recipes use grated lemon zest. http://en.wikipedia.org/wiki/Rice_pudding#Europe

Little flat in the heart of colorful Castro.

About the host, Inma Message Host

I am a very outgoing person that loves to cook and meet new people.

Ruth Anne
Review of Yummy Andalusian food :)
Inma prepared the food with such skill and enthusiasm, it was great to be a part of it. I really enjoyed the tortilla and the gazpacho which was a raw vegetable soup with a bunch of healthy garlic. Inma made everything including the bread for the sandwich/torta which also had a single chile, and mine was hot! Thanks Inma, it was a lovely meal.

H.C.
Had a great meal of the Spanish variety as well as great conversations and it was an overall grande tiempo!

Jay
As a Guest at Shrimp Étouffée(yes that's a French w...
Inma and her husband Raúl are great people to spend time with at a meal! They are both really smart, funny, and well traveled. Always makes for great convos! They are a great addition the Meal Sharing SF community! Definitely mealshare with them if you get the chance :)